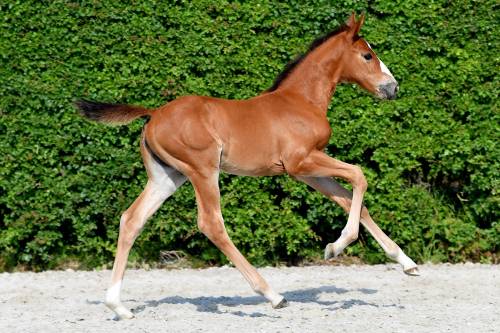 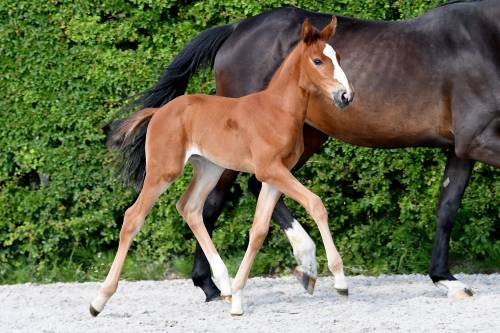 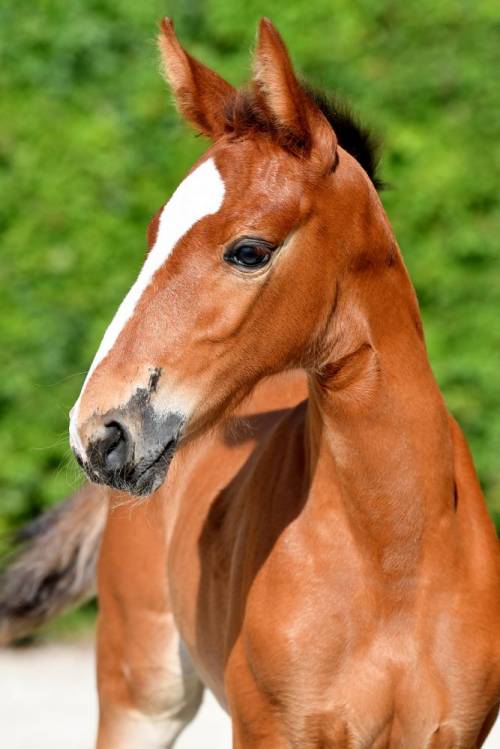 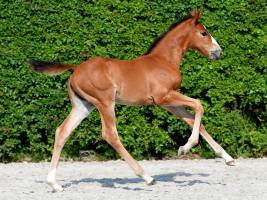 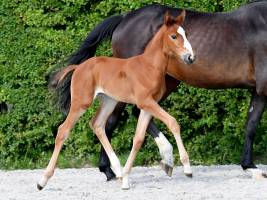 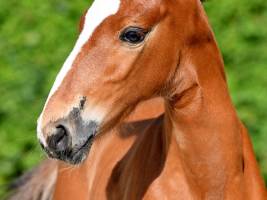 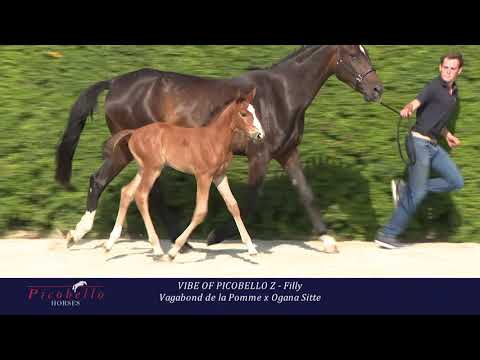 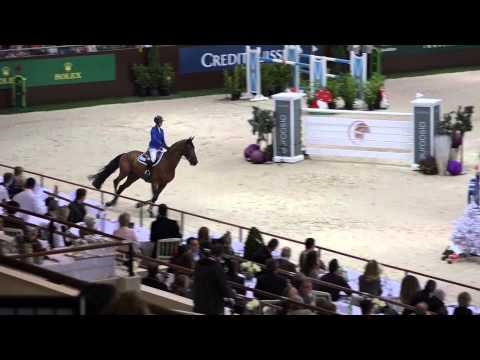 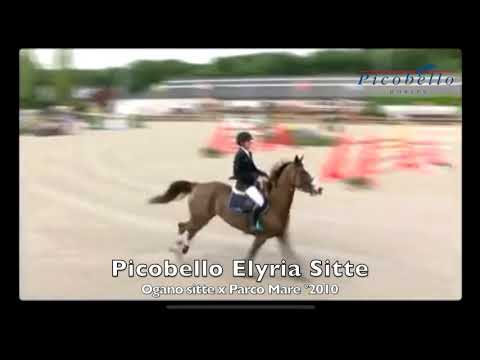 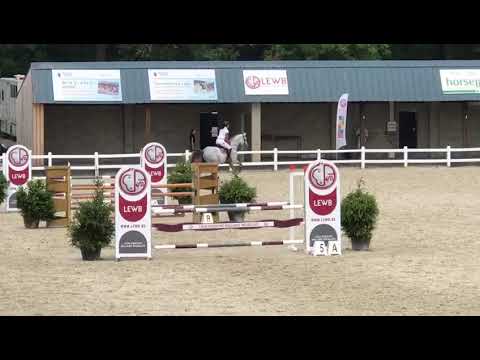 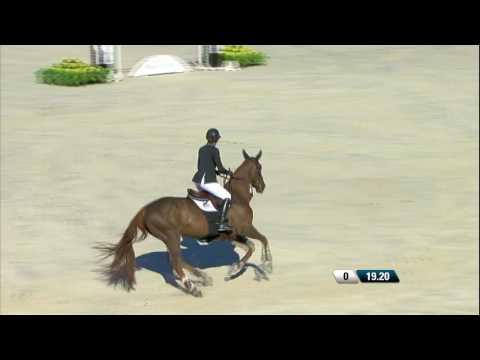 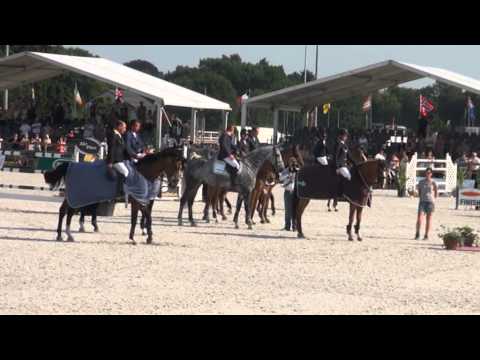 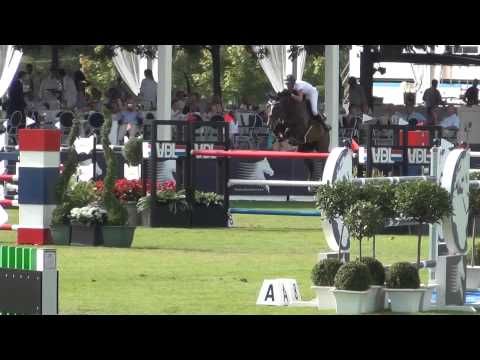 Sire Vagabond is the runner-up in the Basel and Paris 5* Grand Prix under Penelope Leprevost with who he competed in 2 World Cup Finals and the European Championships in Gothenburg. Vagabond himself is a grandson of Eric Lamaze’s Narcotique de Muze and he has already produced 5* Grand Prix performers such as Jensson van het Meulenhof of Niels Bruynseels and Exquise du Pachis of Filippo Tabarini.

Vibe’s dam is Elyria Sitte by Ogano Sitte and Parco. She was a Grand Prix winner up to 1.50 level in the United States and she has produced the 8 year old approved stallion Heraldik Sitte who now competes in 1.40m classes with Clint Sulmoni. This stallion’s track record is an absolute dream, with uncountable clears.

Also the granddam of this foal competed with Sulmoni and she takes you into a famous family. 3rd dam Insel Sitte is a daughter of the Olympic Gute Sitte and she is the dam of Cordano Sitte of Abdelkebir Ouaddar. She is also the granddam of Atlantic of Gudrun Pateet and Max Wachman, of Ugano and Ogano Sitte and of Callas Sitte of Christina Liebherr. This is the family of the great Aganix du Seigneur Z.